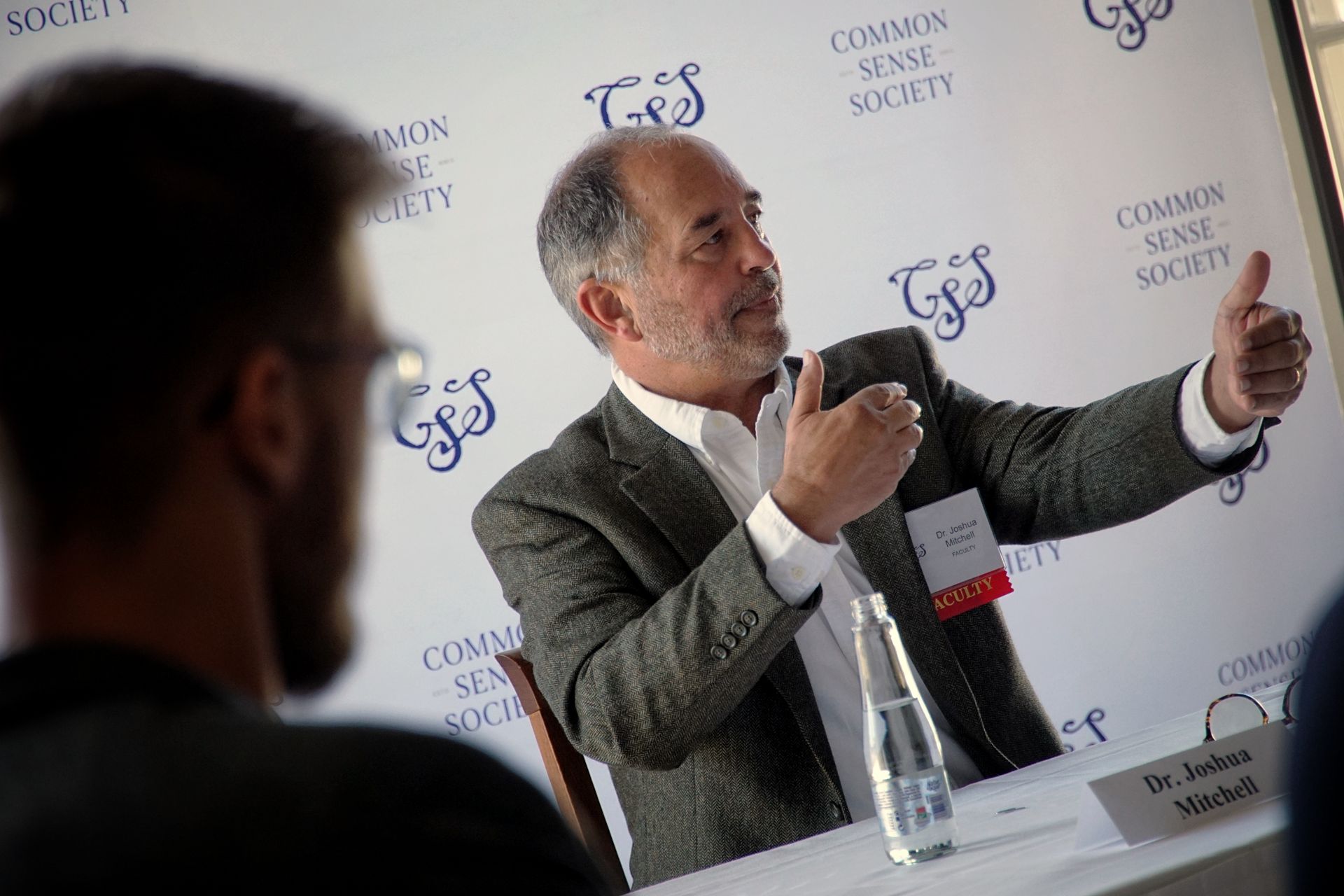 Dr. Mitchell currently serves as a professor of political theory at Georgetown University. He has also been chairman of the Government Department and Acting Chancellor of The American University of Iraq – Sulaimani (AUI-S). He has published several books including The Fragility of Freedom: Tocqueville on Religion, Democracy, and the American Future, and American Awakening: Identity Politics and Other Afflictions of Our Time. His areas of interest range from the ancient world to contemporary America and Europe. His thinking has been deeply informed by the nineteenth century writer, Alexis de Tocqueville, who anticipated the problem of loneliness and isolation in the modern world, and who thought that to combat it, families, churches, and other mediating institutions would be needed, along with a commercial spirit aimed at producing well-being.

“We are honored to have Dr. Mitchell join our team as a senior fellow,” said Marion Smith, President and CEO of Common Sense Society. “Having joined our Carolina and Europa Fellowships as a faculty member earlier this year, Dr. Mitchell has been an invaluable resource to CSS. He is uniquely equipped to guide the educational and research efforts of CSS due to his extensive knowledge of political theory and in particular Alexis de Tocqueville’s insights about the unique problems of life in our democratic age.”

For more information or to set up an interview with Dr. Mitchell, please contact Elizabeth Aucamp at elizabeth@javelindc.com / (704)-249-1430 or Emily Soper at emily@commonsensesociety.org.