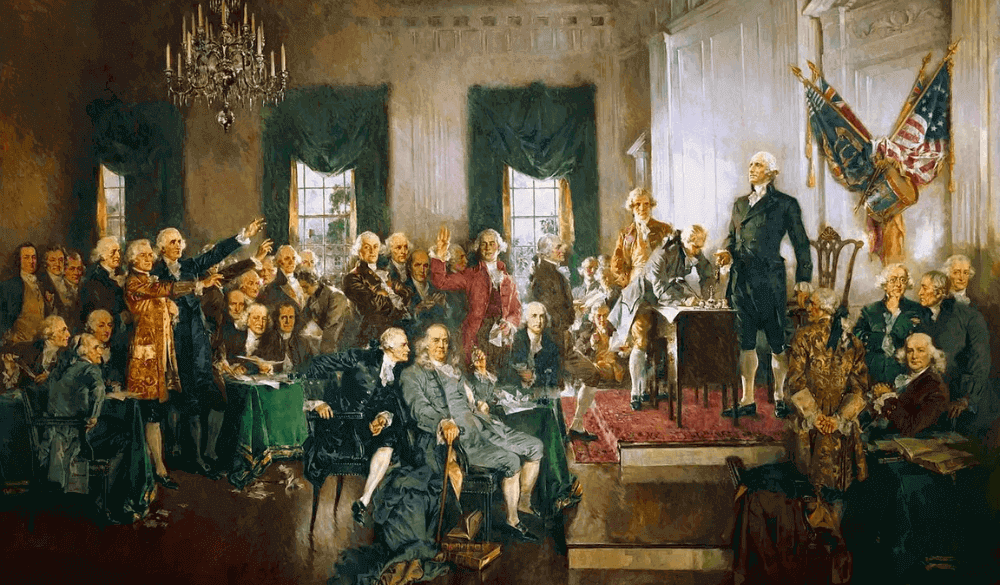 "Signing of the Constitution", oil on canvas by Howard Chandler Christy.

The Origins of American Identity

From the Old World to the “Indispensable Man”

Join us on October 27 for an evening exploring the origins of the American identity. Liberty’s emergence from the Reformation allowed Enlightenment thinkers to begin to exchange their ideas freely. This exchange led to America becoming a nation of laws. George Washington, the American Cincinnatus, is the personification of this union between post-Reformation liberty and law. As liberator and lawgiver, Washington embodied both classical republicanism’s civic virtue and, as the American Moses and a post-Reformation Anglican, the Judeo-Christian tradition.

We will be joined by Dr. Gabriel N.E. Fluhrer who will examine the principles incubated in the Reformation that led to a republic of self-government, and Dr. Jeffry H. Morrison who will discuss George Washington, the American Moses. The conversation will be moderated by CSS President and C.E.O. Marion Smith, followed by a Q&A.

Cocktails and hor d’oeuvres service will begin at 5:15 p.m. and resume after Q&A. Our lecture will begin promptly at 6:00 p.m.

Dr. Jeffry Morrison is professor of American studies at Christopher Newport University in Newport News, Virginia, and director of academics at the federal government’s James Madison Foundation in Alexandria, VA. He graduated with distinction from Boston College and from Georgetown University, where he earned the M.A. and Ph.D. in government. Dr. Morrison has also held faculty positions at Princeton University, the U.S. Air Force Academy, Georgetown University, and Regent University. He is the author or editor of five books on American political culture, including The Political Philosophy of George Washington.